Your first trail run… Ever! with Murph, The Seasoned Rookie additional photos by Andy Seaton

Maybe you’ve only been a passenger in someone else’s truck. It could be that you just bought your first Suzuki truck. Quite possibly, you’ve had yours for a few years now and have decided to see what 4-low is all about.

Whatever the reason may be, now is the time you have chosen to take your Zook on its first trail run. Some thought and preparation ahead of time could be a factor in what kind of day you’ll have on the trails.

Before you even leave the house, check the truck out. It may be a hassle, but personally I’d rather spend a half hour in the driveway than in the mud repairing the same thing. Check your fluids, do a quick walk-around and make sure she’s seaworthy, Cap’n.

Do a little bit of packing and a quick run to the parts-o-rama. A semi-nice toolbox with lots of latches is perfect. Add to that a first aid kit and a CB radio or a cell phone, and you’re good to go. A decent set of tow straps and a selection of backup parts and fluids are also pretty much mandatory — talk to an experienced trail buddy for suggestions before you shop blindly.

Have you ever been on the trails before? If it’s your very first time off-road ever, take the passenger seat for the first part of the day — Dont drive the first time out. Ride with an experienced friend to give a feel for what to expect out there this is one of those times where predictability isn’t such a bad thing.

Don’t only watch the driver. Get out and watch a spotter and know what to look for. Familiarize yourself with vulnerable spots underneath your rig. Differentials, or “pumpkins,” the gearboxes, and gas tank are the main ones to watch. Know your truck! Underneath, where do you have the most clearance? The least?

Now you’re ready to take the wheel. Remember that most of the rules from summer camp still apply: The Buddy System — never venture out alone. I like to have at least three trucks in my group — in case of an emergency, thats one person to run for help, and another to stay with the injured.

Be Gallant, not Goofus. As I explained in the (which one was it) issue, showing off only gets you in trouble. It’s ok to say no or back around a challenge. Sure, the guys may razz you, but if you’re not comfortable, don’t do it. Most likely at this stage in the game, your Zook is also your ride home. There is no need to have a Napoleon complex either and show off for the drivers of larger trucks either. Chances are you’ll get yourself stuck and THEN you’ll feel even more foolish. They may have larger tires and springs and stuff, but save your go for when you scamper up a hill that was too steep for their big heavy truck.

I always recommend that first timers take about an hour to cruise around slowly (at the Badlands in Attica, the Quarry is the perfect place for this.) Find out what it’s like to drive on different surfaces, what it takes to start off on a rock or hill, and how to stay under control going downhill.

Take an extra minute to mentally drive through each obstacle. Walk it first if it seems a little tough. Is there gravel at the top of the hill which will cause loss of control as you start out? Maybe a tree at the very bottom of the steep hill? These are things to notice while you’re stopped, not rolling towards them.

Enough on the safety lecture. This is about having fun. Exploring. Testing your limits. Learning, bonding, and growing. You’d be amazed how well you get to know the person next to you on one of these runs. Inside jokes and nicknames abound, plenty of time for fun photos. Keep one of those disposable cameras in the glove compartment at all times for the fun moments.

But most importantly, you gotta do the Cajun Yell when you do something cool. That’s the Seasoned Rookie signal, you know. Go ahead, try it. “Ahhh–yeee!” Lemme hear you out on the trails at Zooki-Melt 2002!

Earlier in the article I mentioned that it’s always wise to have an experienced friend along for the ride to help guide you. Everyone can use a spotter here and there. This month’s featured rookie actually has quite a bit of experience under his belt, however was introduced to some new techniques in an unexpected way on a recent trail run. Here is friend and fellow Zooker, Dr. Jeremiah Dubbs with an interview we have titled “How to Roll Over.” 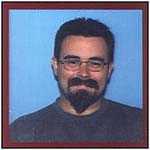 JD: Thank you, it’s good to be here

SR: So Jeremiah, how long have you been in the Zookin’ scene?

SR: Wow — you’re practically an old-timer! Tell me about that first truck. Is that the same one you drive today?

JD: Oh no… that one went the way of many Samurai’s — into a salvage yard. That truck was a trooper. I did have it until 1999. So most of my wheeling was in that truck. It was a bone stock 1987 JX. Red. I got it for $2495. But it ended up costing me thousands in an attempt to keep it running. It went through two engines, one transmission, before finally getting permanently retired.

SR: I take it you’ve moved on to bigger and better things then?

JD: In pretty rapid succession. I didn’t want to part with that truck as I really liked it. We bonded in some way. But after that I purchased my second Samurai, a 1986 Hardtop for $1500. However, it wasn’t a good fit as I enjoyed the convertible much more. So I sold it to a friend for $900. He promptly rolled it, but it survived. After that I bought another 1986 JX, but this one was convertible. That one I bought for $500.

SR: Sounds like you’ve had quite the parade of Samurai in your driveway. How many do you have now?

JD: Right now I have just the one. I keep the $500 truck as a parts car, but it is in the backyard of this friend of mine who runs a 4×4 shop in Fayetteville, Arkansas.

JD: Yeah, I got the 1991 JA from a used car dealer in Bentonville. He listed it as $2900 but I talked him down to $2400. It was two wheel drive and in awesome shape with working air conditioning and a very nice 2-piece top. It was about the best looking Samurai I’d ever seen, except the previous owner had that low riding, short, fat tire thing going on. I fixed that in a hurry.

SR: From what I understand though, youve done quite a bit of modification to this truck besides the tires. Do you have time to give us a brief run-through of what you drive today?

JD: To start off with, something had to be done about the 2wd situation. Fortunately, I had all the parts needed to do a conversion to 4wd. It is remarkably easy to do this conversion. I recommend that if anyone sees a 2wd Sami in sweet condition, buy it and convert it. Beyond that it has a SPOA suspension with Teraflex Revolver shackles, custom z-link, and custom 1/4″ steel box tube bumper. My proudest and most intelligent mod has to be my 6.1 gears courtesy of Roadless Gear. Oh, and I have the worlds worst all-terrain tires. Never buy an off brand tire — trust me!

SR: Sounds like quite the sweet ride — are you sure you’re really a rookie? I sense a wolf in sheeps clothing here!

JD: Well, I’ll be honest and tell you that I did practically none of the work on my first two trucks. Even a lot of the mods to the third truck were done by someone else. In the middle of an engine swap, my mechanic friend took off for a 6 week stay in Germany. Well, I decided that I could wrench and went to it. I was driving around when he got back. Since then, I have done almost all the work needed to get my truck into decent wheelin’ shape. I did have my t-case gears installed by a professional though.

SR: I think that’s an important part of the learning curve is knowing when something is a little too much to handle. Speaking of handling things, I understand you got yourself into an adventure of sorts on a recent trail run.

JD: Yeah! Right after putting the now super-low t-case back in the truck I decided to test them out on the trail. At first I took some bunny trails to make sure I was comfortable with their use. After that was all green, I decided to go to the nearest challenge spot in NW Arkansas, Lake Wedington’s power line trail. Where I managed to perform excellently until I barrel rolled the truck. Fortunately, and this is important, I was prepared to roll.

SR: That’s what we’re here to talk about today, Kids: How to Roll Properly. You see, it’s going to happen sooner or later. Just like any bad time, it happens only to the other guy. Or Gal. But sometimes it catches you off guard.

JD: I’ve seen other people roll on the trail before and almost always an incredible amount of stuff pours out of their truck. At least on two occasions, I’ve seen a couple of drivers get injured with the stuff that flies around during a roll over.

SR: So what you’re saying is a good safety measure is for everything to be secure.

JD: Exactly. Before I left on that fateful day I made sure that everything was tied down. Sure, it takes time and it can be a pain in the ass. That pain is nothing compared to the pain you’ll experience if your high-lift jack whacks up against your skull.