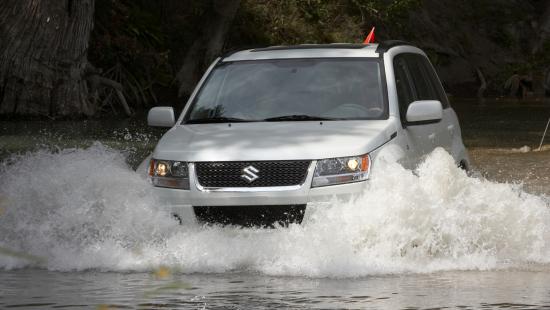 In previous issues we installed an awesome winch bumper from ShrockWorks and followed it up with a YJ front spring conversion that worked seamlessly with the bumper. But you can’t install a winch bumper without actually installing a winch, can you? It was great as a beverage holder during the previous installs, but now it’s time to get serious with the accessories.

The ShrockWorks winch bumper has an integrated winch box made from 1/4″ steel. So we were confident when we ordered the Warn X8000i that it would be safe from harm. The predrilled bolt pattern in the face plate and base plate made it a simple bolt in without worrying about measuring and drilling. The Warn came with a roller fairlead from the factory, so it got bolted in first.

The winch itself uses captured nuts to make it easier to bolt in. The nuts slide into the slots in the base and then the winch is carefully lowered into place. One thing I noticed when installing the bumper was that the slot for the fairlead was offset to the drivers side of the bumper. You may have seen bumpers with winches for years, but until you put one in, you may not realize the large motor on one side keeps the cable drum from being centered.

The bolts go in from underneath and get torqued down. Warn suggests that after the bolts are tightened, a small piece of ‘c’ channel should be welded over at least one of the bolts. This keeps a thief from taking it out as quickly as we put it in. The power cables are then routed up under the grill and back to the battery.

The Warn X8000i comes with 100′ of 5/16″ diameter wire rope. The drum comes prewound with the wire rope. After everything is bolted down securely then you can thread the line through the fairlead and attach the hook provided with the winch. Make sure you securely reinstall the safety cotter pin. Those are the basics… now let’s add some fun stuff!

Next we moved into the cab. When running a winch, there are times when you would like a few more RPMs to keep the current flowing to the battery. We installed a Thumb Throttle Kit from Roadless Gear. The easy part of the install is attaching the thumb throttle to the shifter and then running the cable through the shifter boot. We followed the directions in the kit and heated up a nail.

Using the hot nail you can make a clean hole in the boot to run the cable through. Using a nail slightly smaller than the cable makes for a nice tight seal that looks very professional. You can then run the cable along the underside of the transmission tunnel using the stock cable hooks.